The first Professor Noggin card game was invented by Dave Manga in 2001 with eight titles. At one point, the series had over three dozen titles! Over the years, Professor Noggin has had a makeover to continually reach new generations. In 2020, Professor Noggin and her series of cards games were entirely redesigned. Professor Noggin has defied the law of ageing and turned back time to a more youthful look that will relate better to children of today. The card games also went from hand painted illustrations to photography in order to connect to today's world where everyone is constantly sharing photos. But, the heart of the game remains the same and we're confident that a new generation will now have the opportunity to learn from Professor Noggin.

Brand new look! Professor Noggin has a brand new look for the next generation! We're excited to announce that in 2020, Professor Noggin launched an all new logo, game box redesign, and new photography to bring the Professor into the 21st century. Fans of Professor Noggin can still expect to find great quality content, but instead of "Easy" and "Hard" questions, they're now labeled "Student" and "Scholar". This invites players to become immersed as a character in the game. The soft illustrations have been replaced with vibrant photography to match the tone of what kids are seeing on social media and the internet. Professor Noggin now gets dressed for every occasion with an outfit to match the theme of the game. Card boxes are marked with the game number, so it's easy to see what's in your collection (or what's missing). The game play is still the same, so there's no learning curve for those who are already familiar. We hope you enjoy the new look!

Awards. Professor Noggin is used by many homeschoolers to help children have fun while learning important subjects.  The card game has won many major awards, receiving honors from the likes of the Parent’s Choice Foundation, the National Association for Gifted Children and Scholastic Instructor Magazine, Teachers' Choice Award for the Family and many more!

About the game. There are currently 23 Professor Noggin card games that were redesigned in 2020. The varying themes include Science, History, Geography, Nature and Animals.  Each card game includes 30 topic cards, one three-sided die and instructions. The front of the cards feature amazing photography based on the topic of the card, while the back of the cards have the questions and answers. There are 3 easy questions and 3 hard questions on each card, so beginners and more advanced players can enjoy the game together. Players will enjoy a total of 180 choices from true/false to fill in the blank and multiple choice - but be careful of the questions with a brain icon - those are extra hard!

How to play. Other than having a great time, while learning, the goal of the game is to win the most cards! Before the game starts, players will determine if they are playing from the easy or hard questions, identified as student and scholar respectively. Players use the three-sided die to determine which question will be read. If a 2 is rolled, then the player has to answer question #2 from either the student or scholar category. If it's answered correctly, the player keeps the card. If it's not answered correctly, then the card goes back to the bottom of the pile. The game is over when all of the cards have been won. The player with the most cards is the winner. An extra fun factor - Noggin's Choice! If you get a Noggin's Choice on your turn, then you get to take a card from another player. 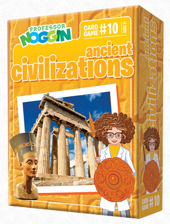 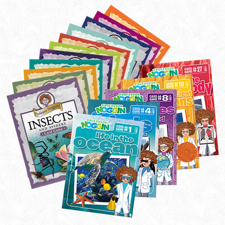 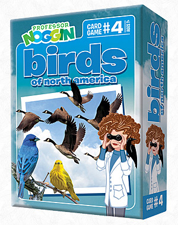 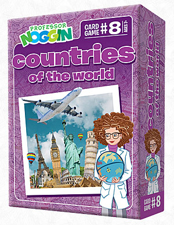 Professor Noggin Countries of the World #8 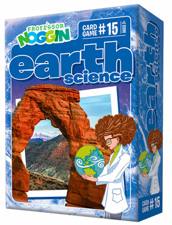 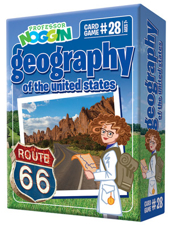 Professor Noggin Geography of the US #28 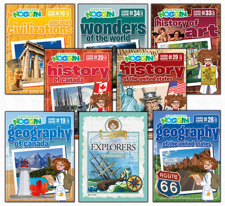 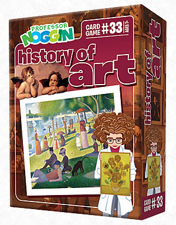 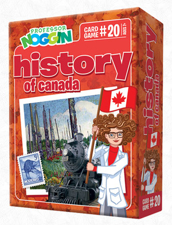 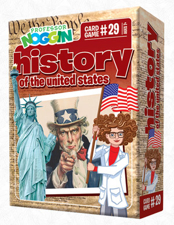 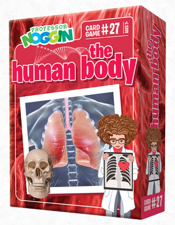 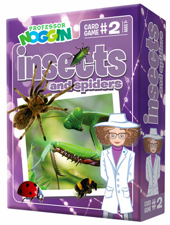 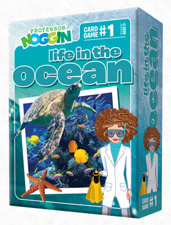 Professor Noggin Life in the Ocean #1 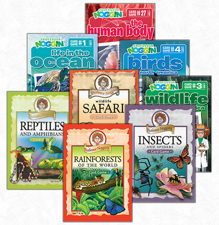 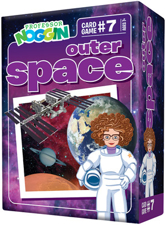 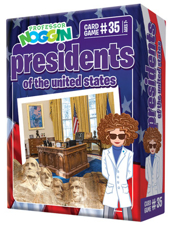 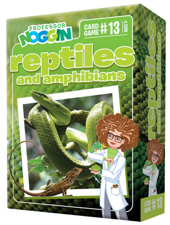 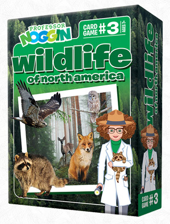 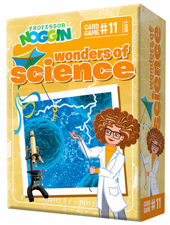 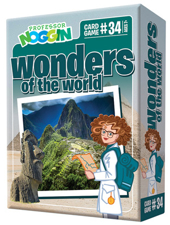 Professor Noggin Wonders of the World #34